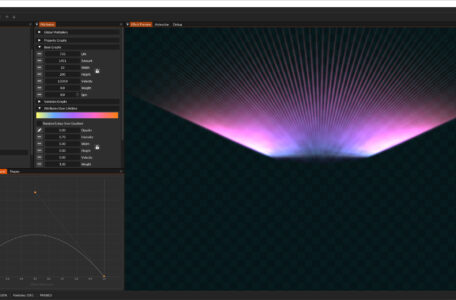 Just a quick update on what’s been happening since the last post. I’m pretty much almost there for an initial Alpha release, I think I was calling it a beta before but Alpha probably makes more sense. Since the last post I have implemented the following: Particle drawing now utilises compute shaders. There’s still some things that I’d like to expand on but it’s a lot faster then it was. Now the particle positions/scale/rotation are udpated on the CPU into a staging buffer which is uploaded to the GPU. The GPU then uses that buffer to update a vertex buffer Read more