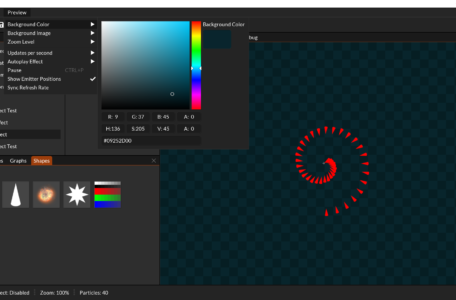 I recently reached a new milestone in the new version of the editor and finished adding the ability to export effects to a spritesheet/individual images. This means that I’m not very far away now from having feature parity with the current version of TimelineFX. After that I’m looking forward to adding a bunch of new features going forward, but there is still some work to do before then. The next things I want to get done before making a beta version available are (initial beta version will be windows only) Optimising the drawing of the particles utilising compute shaders. I’ve Read more