All posts in Uncategorized

You are here: Home / Latest News/Blog / All posts in Uncategorized
21 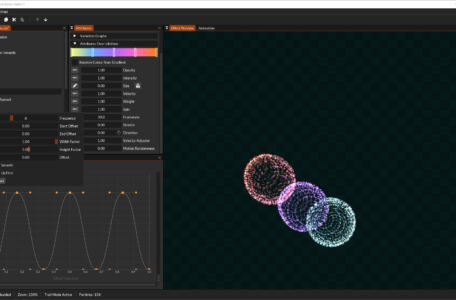 I just uploaded Alpha number 5 which ticks off another feature I had planned for the alpha stage – the ability to setup graphs from a number of presets, including bell curves, s curves and simple linear slopes etc. In addition to that you can also generate a sine or square wave as well which is great for modulating attributes such as size and opacity but it can also be great to just experiment with all the other attributes as well, especially the overtime attributes. There is also a new option under the settings menu: Preview Trail Mode. Activating this Read more 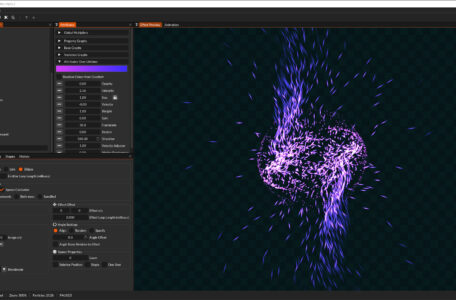 I’ve just uploaded the latest version – Alpha 2! This version sees undo implemented which isn’t very exciting but it is a necessary feature to make creating effects a lot more easy if you need to go back to a previous change. I also added a couple of new features over the original version in that you can now preview a revision without actually reverting the the change, and you can now also create a new effect from a revision – handy if you want to branch off to a different version of the effect you’re working on. For some Read more