For the last month and a half since the last blog post where I mentioned that I was strongly thinking about adding 3d particle effects to timelinefx – that’s exactly what I’ve been doing. It’s been a lot of fun mixed in with a lot of head scratching as I wrap my head around 3d math again (it’s been a while since I did any 3d stuff) but I’m mostly there with it. I still have a few things to iron out with it and would like to create an example library to go with the next alpha update but most of the functionality is there, and then I can start adding extra features. I’ll also need to update the TimelineFX library as well to handle 3d effects as a lot is only handled in the editor while I work on it for now.

Anyway, this was just a short update about what I’ve been working on so here’s some screenshots of the progress, unfortunately no fancy effects to show off just yet as I’ve only created effects to test different functionality but I’m looking forward to do that! Hopefully the the next update will be ready at some point this month.

Stretch can be applied based on motion. 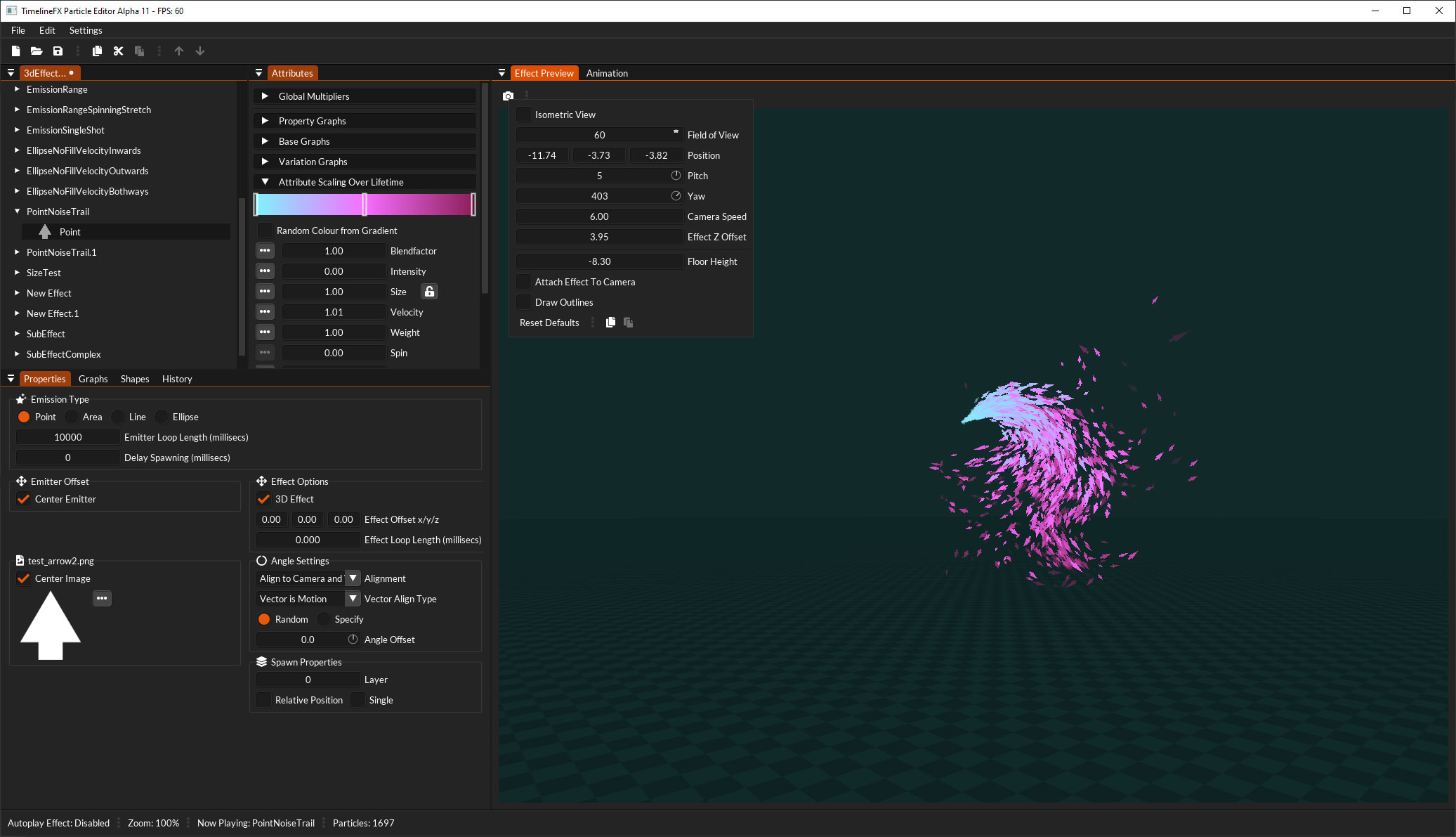 The preview window got new camera settings for 3d 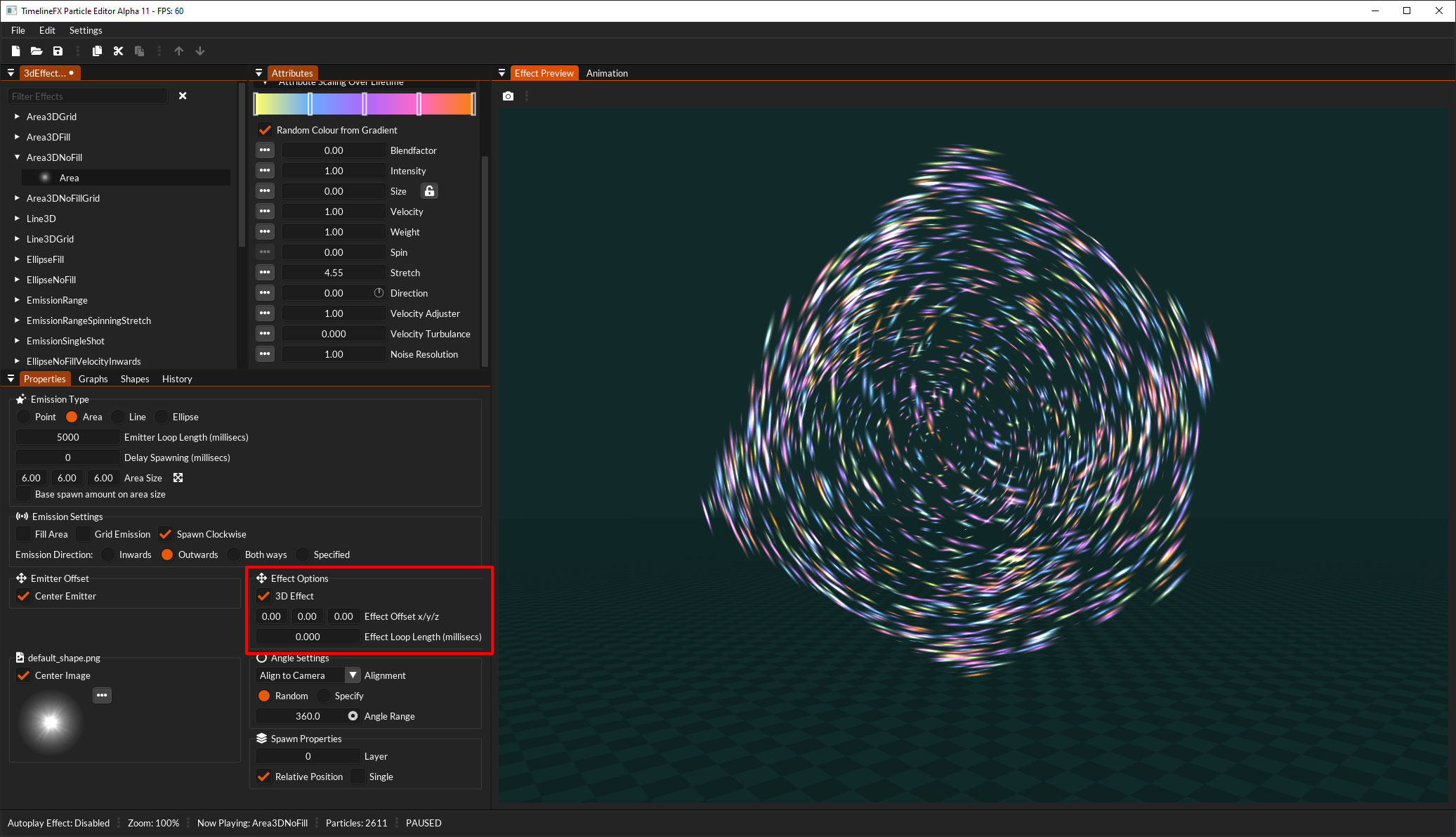 Switch any effect to 3d just by using the checkbox. 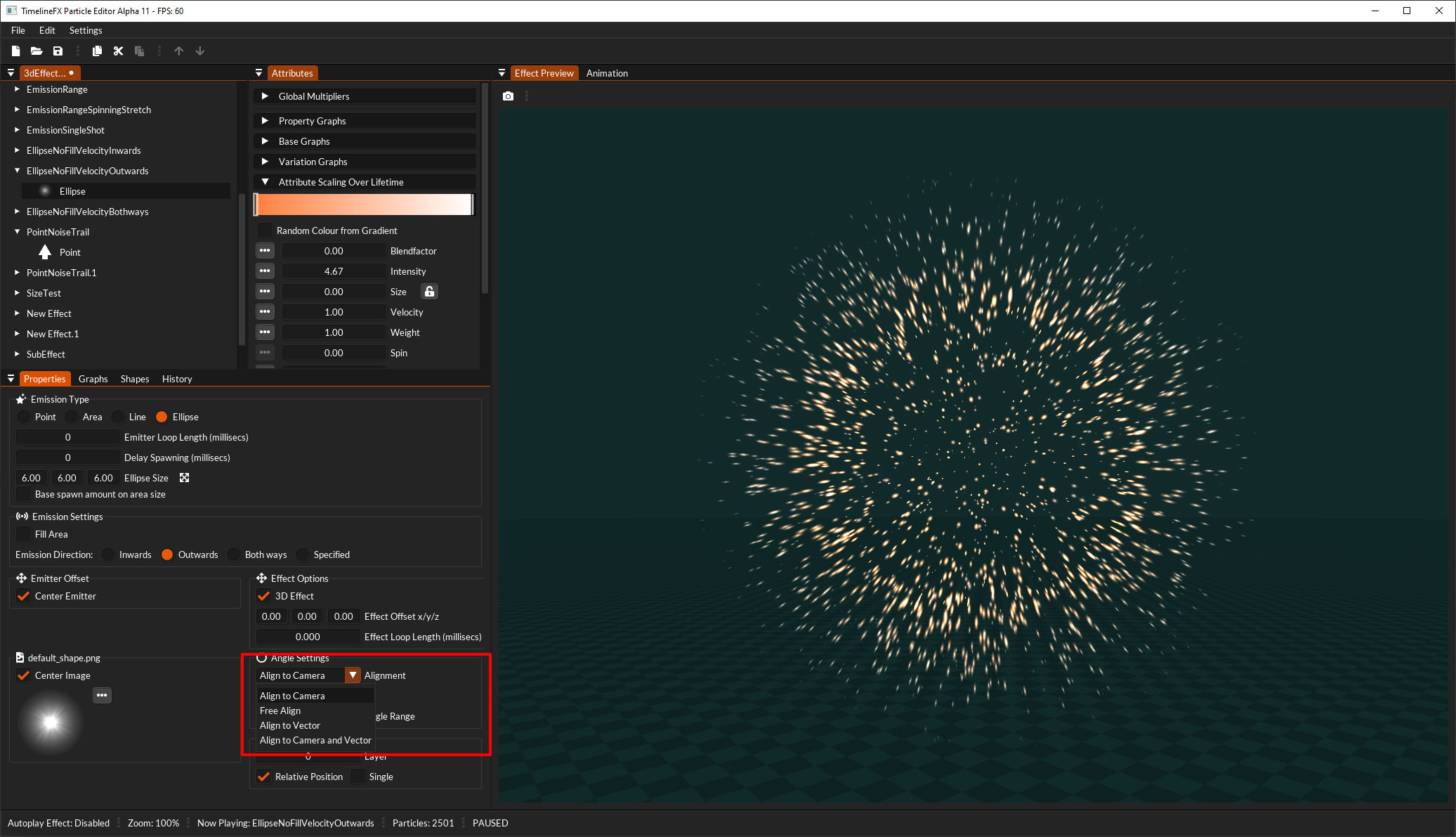 Particle shapes can be aligned either to the camera or arbitrarily. They can also be aligned to a vector as well. 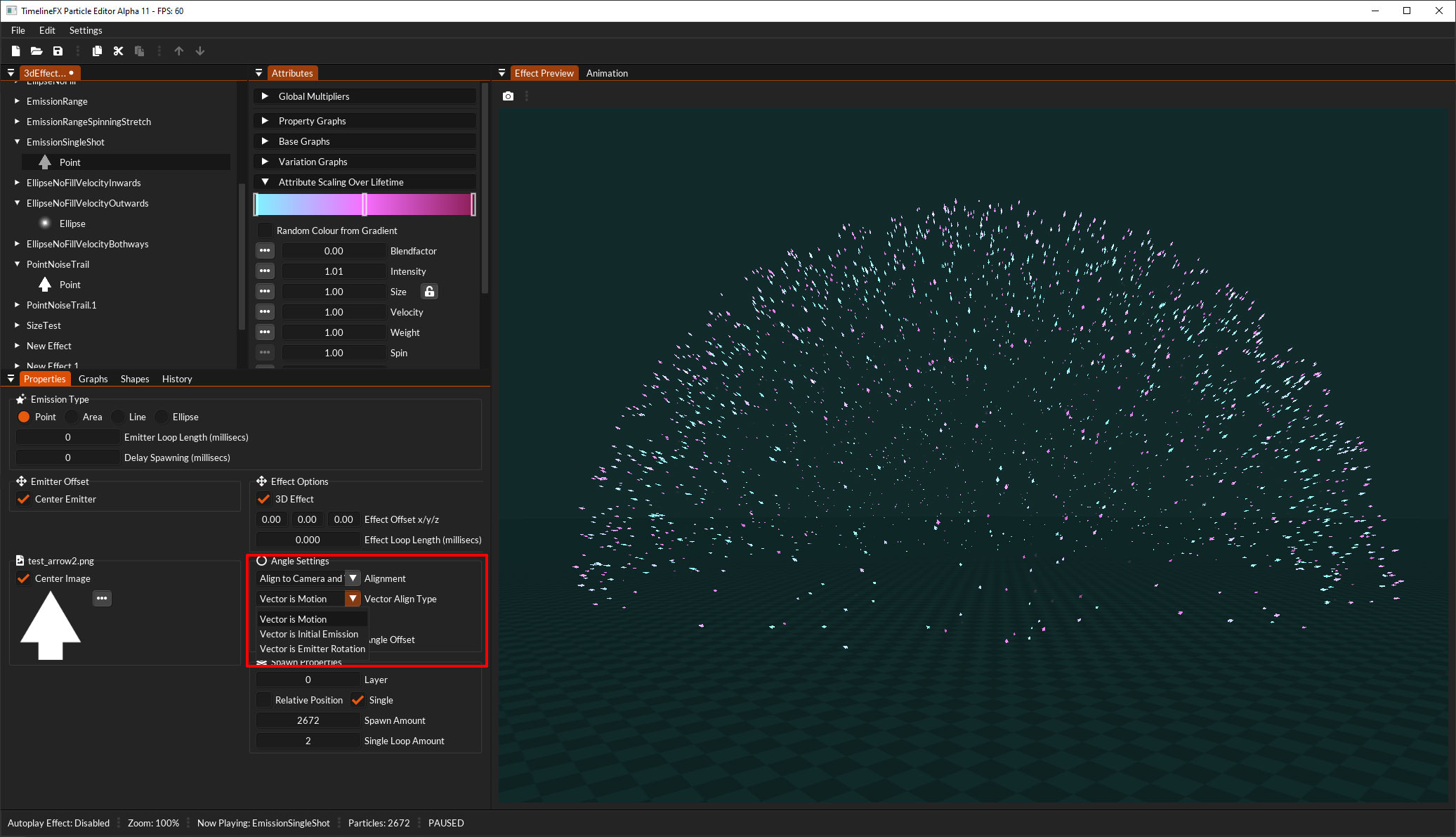 Currently there are 3 different vectors you can align the particles to. 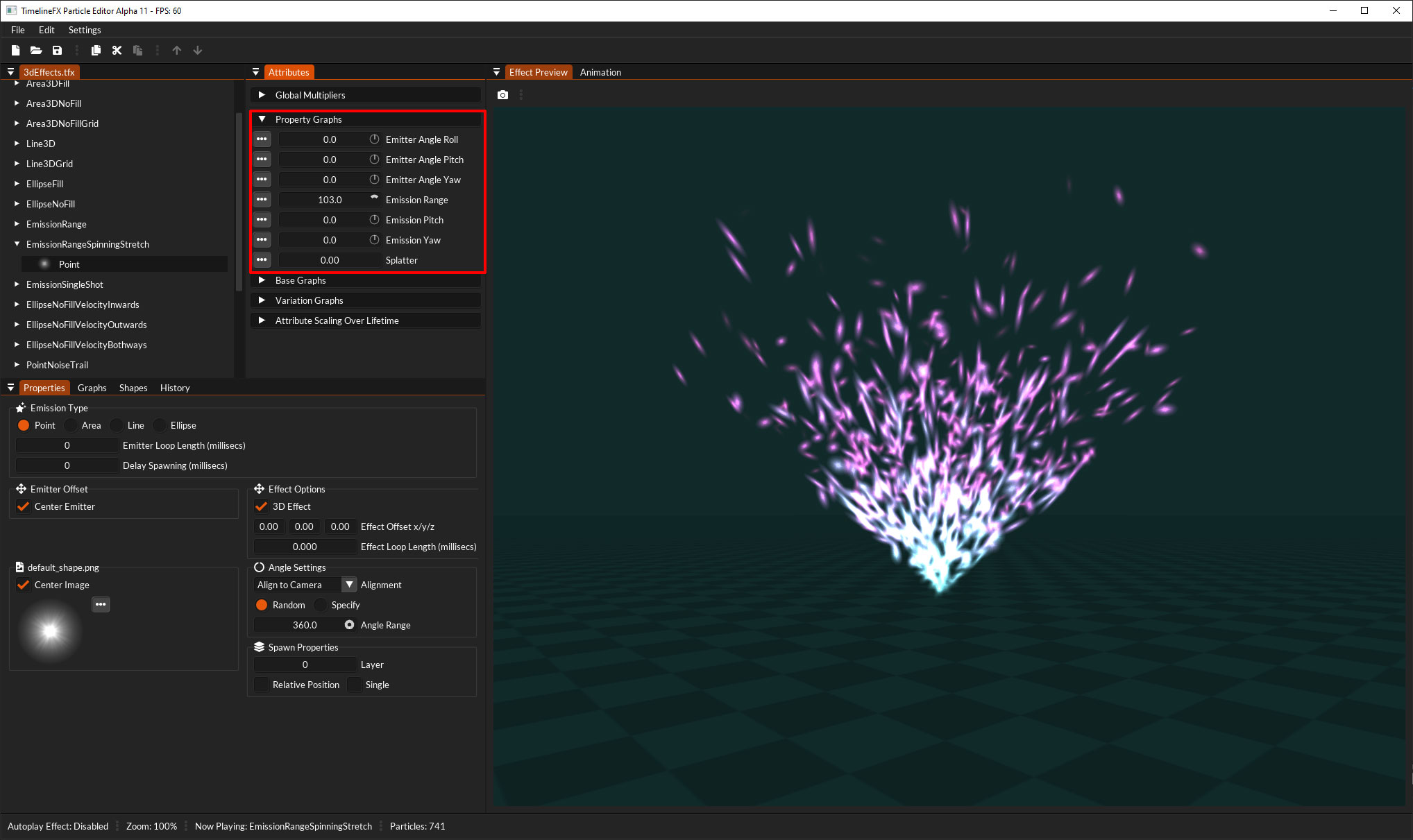 3D angles have been added to the emitter property attributes as well as area and ellipse emitters now having a depth.