Just another round of bug fixing and streamlining, some of the highlights:

Folders are back!
One of the few remaining features from the old version that wasn’t in yet are folders, so it’s now a little bit easier to organise your effect libraries. 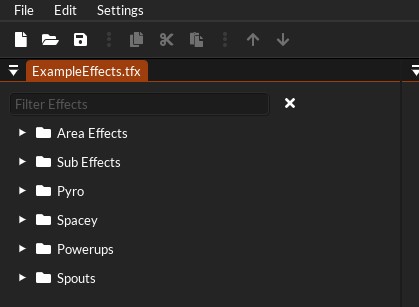 Clicking and Dragging effects, emitters and folders.
You can once again click and drags things in the library tab to re-order, move and copy emitters and effects about.

Copy and paste groups of graphs
Rather then have to copy graph data one by one you now also have the option to copy all Global/Property/Base/Variation or Overtime graphs in one go by right clicking the header of each group in the attribute list.

Effect list filter
For larger effect libraries you can now type in a keyword to filter the effect list to find those effects more easily. 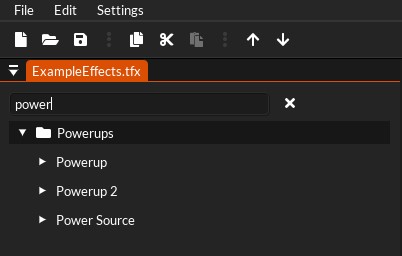 Sine/Square wave generator improvements
It should be a lot easier now to use the wave generators, sliders have been replaced with drag floats for the extra benefit of manual entry and just easier to use in general. Also there’s a few bug fixes to. 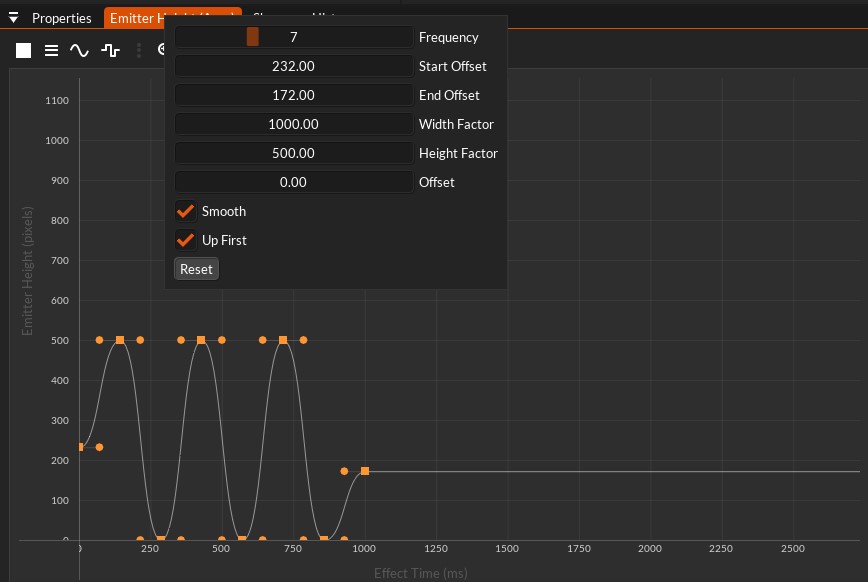 One feature that hasn’t been added yet from the old version which is importing effects from other libraries so I think I’ll look to add that for the next version. I’m also very keen to start looking at getting particles running entirely in a compute shader so we’ll see how that goes!

All the changes:
* Fixed an issue with the animation tab where the edge in the preview would bleed to the other side at certain zoom levels.
* Change the spin overtime attribute to be 1 by default.
* You can now copy graph groups in one go (Global, property etc.) from one effect to another.
* Colour overtime can now also be copied/pasted.
* Folders can now be created to make it easier to organise effects in a library.
* New option that lets you copy a sub effect out into the library.
* Added a warning if you are working with a recovery file.
* New click and drag behaviours for effects emitters and folders. These can now all be clicked an dragged to change the order and copy/move into other effects/folders.
* Added an “Are you sure” request when opening a new file without changes being saved.
* Added a new line to graphs indicating where the effect or emitter loops if it does so.
* Fixed a bug with entering values manually for graph nodes.
* Added a context menu for the library window that lets you add a new folder or effect.
* Added a new text filter for the library tab to filter effects by name.
* Fixed a bug with selected graph nodes hanging about when you switch graphs.
* Shapes that are converted to white now save that way in the save file.
* When you check the convert to white checkbox when importing a shape it will now update the preview.
* Generate Sine and Square waves now use drag floats and should be a lot more easy to use now.