I have just uploaded Alpha release number 3, which as well as a bunch of bug fixes also includes a proper seamless texture preview which is a big improvement on the previous version:

As mentioned there were also a bunch of bug fixes including some nasty crashes, slowly but surely it’s becoming more stable!

For the next alpha I will start to include some new features not seen before in TimelineFX, so looking forward to implementing those. The idea will be to add some features (as outlined on this page) and then move the editor into a beta phase where I’ll work towards a full release and get a bunch more effects libraries available along with it. I’ll also be looking towards using the C++ library to integrate into various renderers out there so that you can use the effects directly in games. You can of course already try that yourself with the open source library for TimelineFX here. 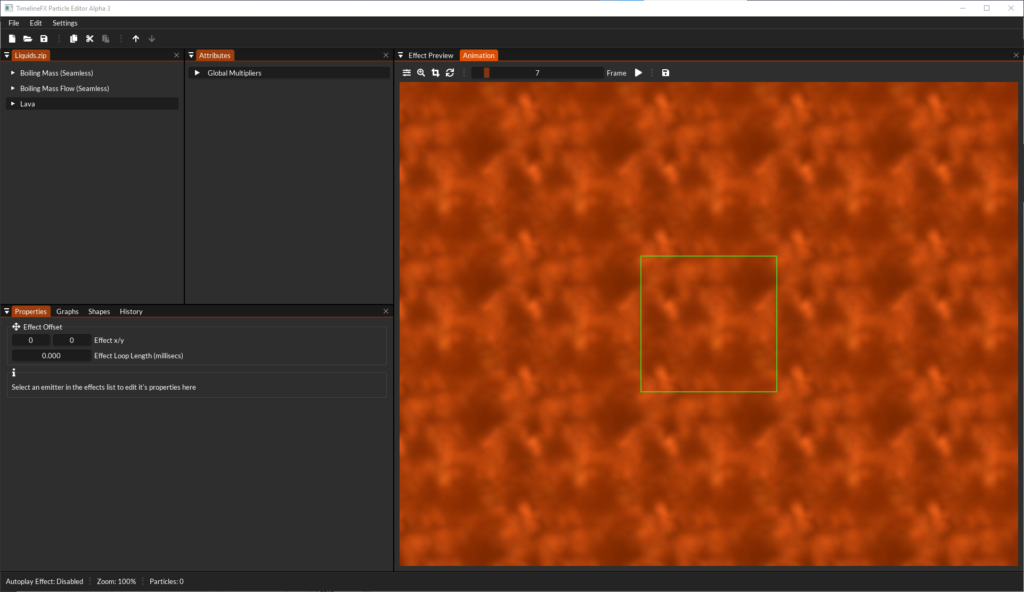