Presets update for gradients and emitters

A new alpha version is now available with more bug fixes and some new presets available for selecting colors and gradients and also I’ve overhauled the new effect/emitter option under the edit menu so that you can now select from a bunch of presets.

I did list that I would add a feature where the number of particles spawned would scale based on the size of the area, but in the end I decided not to add this into the editor as it’s easy enough to do using the TimelineFX library and more of a feature that’s only useful when using the effects dynamically in you game/app. Might change my mind in the future though!

When creating a new effect or emitter now, either under the edit menu, or the context menus of the effects/emitters/shapes, you can now select from a set of basic emitters to get you up and running with your new effect more quickly. I’ll look to add more presets in the future. 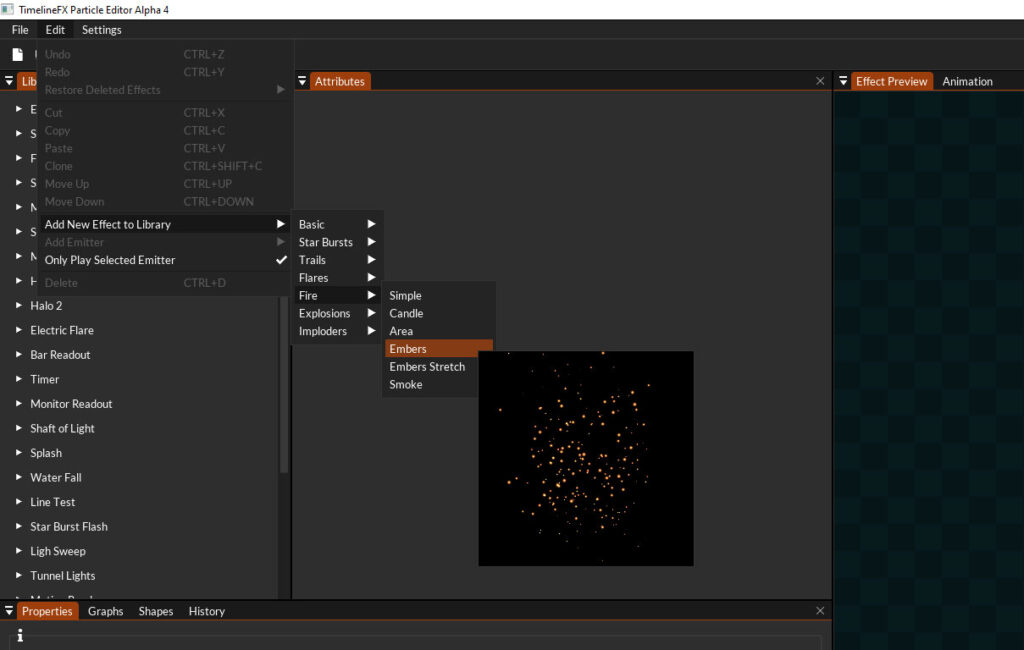 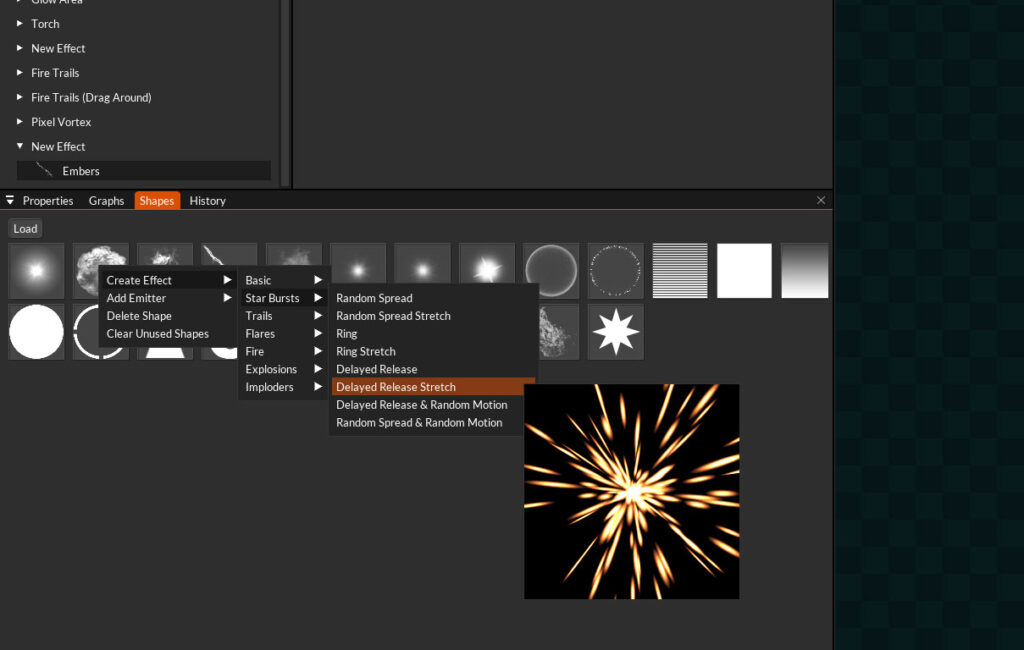 A live preview of the effects show when hovered over each preset.

The other feature is a simple color palette to select from (the same that was available from the previous version of TimelineFX), and also a set of preset gradients as well. For the gradients you can adjust the brightness and hue to fine tune the preset before you select it. 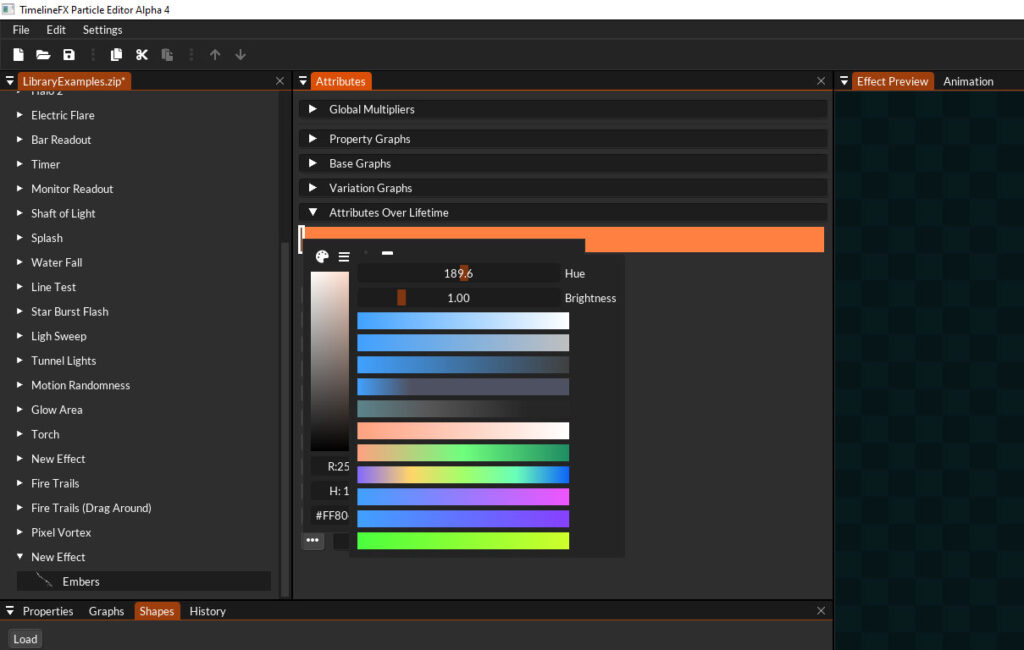 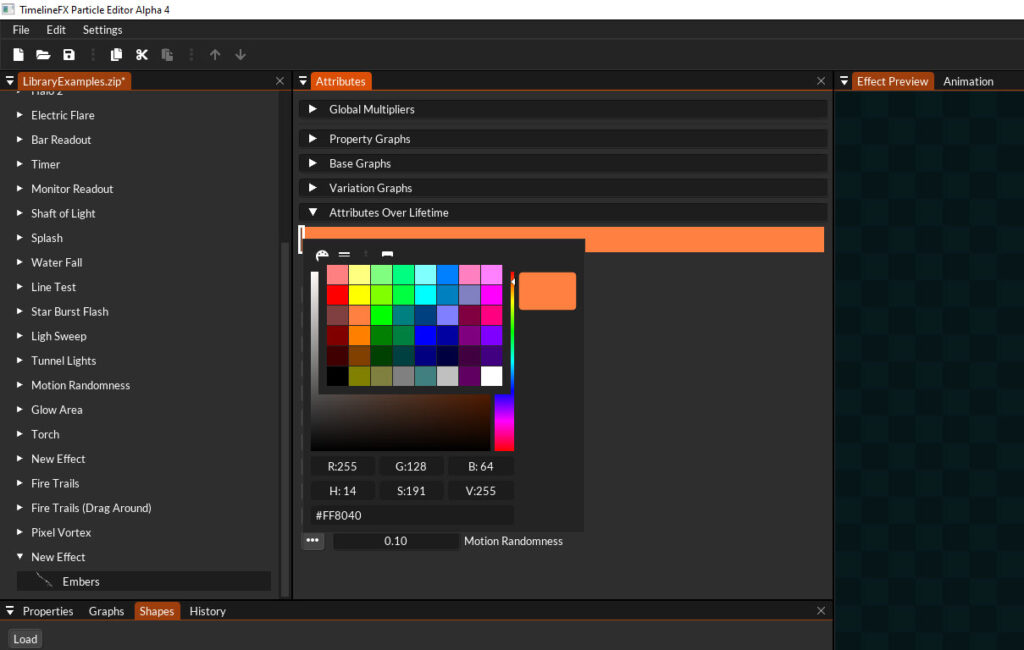 Grab the alpha from here!